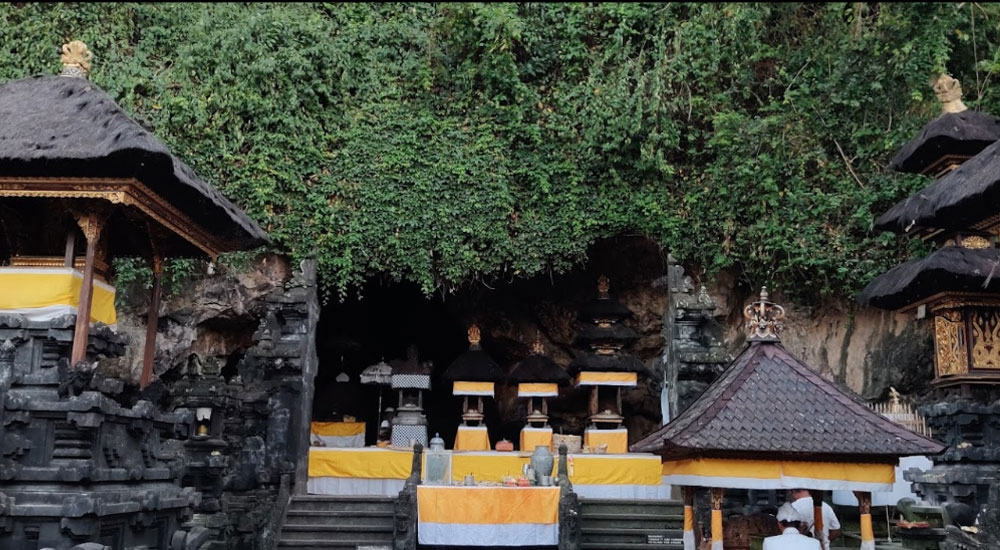 Goa Lawah Temple is well known as one of the six main temples in Bali. Five of them are Lempuyang temple, Uluwatu temple, Andakasa temple, Batukaru temple, and Pura Seleyukti. The name Goa Lawah consists of the words Goa and Lawah. The Lawah is a Balinese language which means bat and The Goa that means a Cave. Then Goa Lawah is a sacred cave inhabited by thousands of bats.

The scenery in this temple is very unique and unique. The uniqueness of Goa Lawah temple is having a cave under the shady trees. Inside the mouth wall of the cave, there are many hanging bats. In there, it is also built several the places of worship. In front of the cave in the temple area, there are also many places of worship. The grand ceremony at this temple is held every six months. On the Balinese calendar, it is called Anggarkasih Medangsia.

The History of Goa Lawah Temple

The Location of Goa Lawah Temple

Temple location including Pesinggahan village area, Dawan Subdistrict, Klungkung Regency. The distance is about 10 km to the east of the city of Klungkung or approximately 50 km from the city of Denpasar.